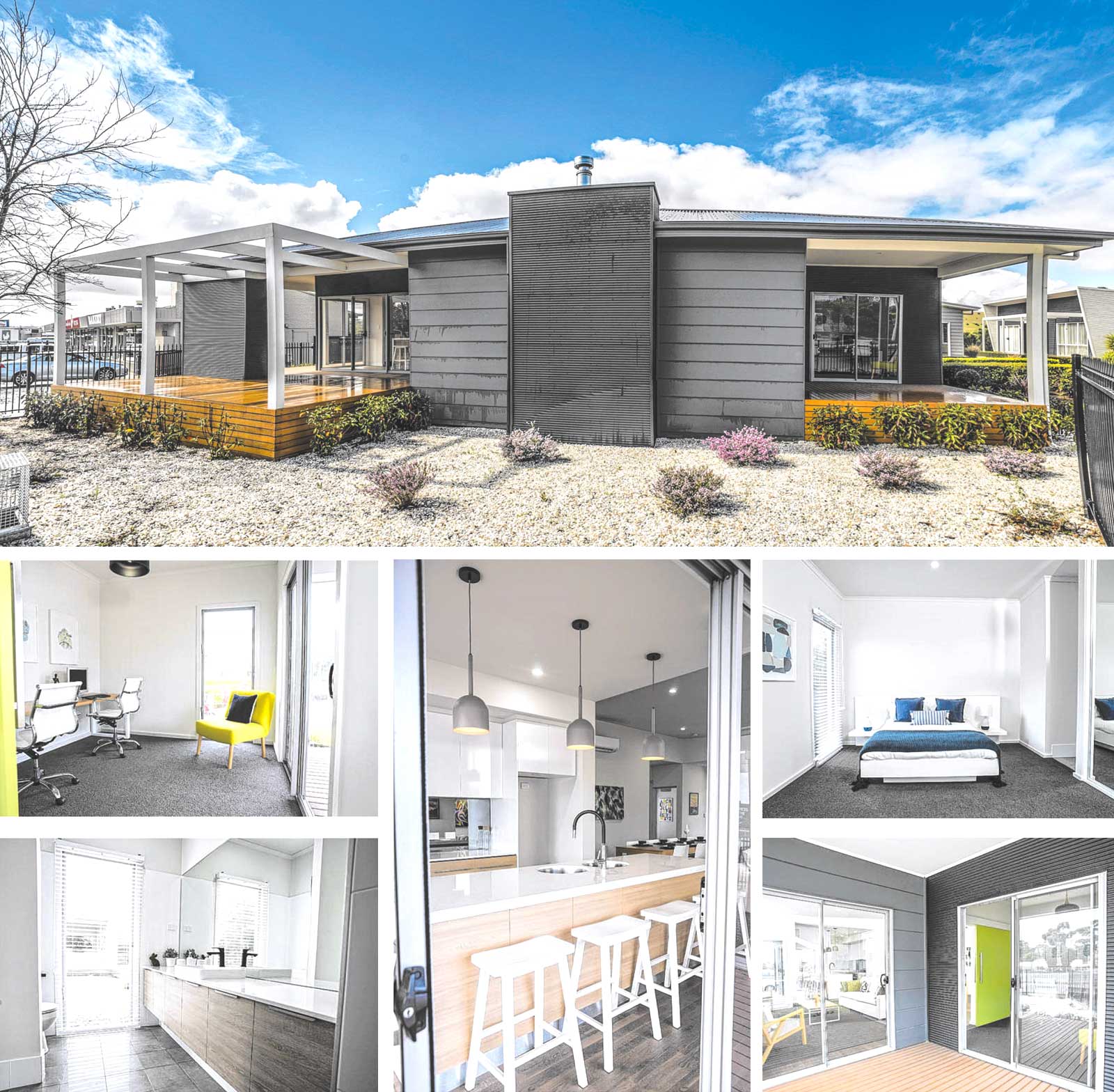 When it comes to the winter months, there's no place like a home that is sun-filled and bright. Welcome inside Sarah Homes' Hayborough 180

Sunshine. It's a precious home asset at this time of the year and one that many homes don't have enough of during the winter months. My house is one of them. As many of us remain at home to work, this seemingly simple factor can have a big impact on the light and warmth in our homes. So a design such as Sarah Homes' Hayborough 180 where there are large windows and doors to  the living zone so you can follow the sun, and multiple decks to warm yourself on no matter what time of day it is, is an enticing home proposition come the middle of winter.

You'll find it on display at Sarah Homes' Old Noarlunga display village, on the bend as you drive towards McLaren Vale to visit the wineries and cellar doors. This is not a large home with 179 sqm of total space, but it would be the right size for couples, young families or grandparents expecting visitors to stay over now and then, with three bedrooms, two bathrooms and a large living area opening to two decked areas. Another room, shown as a home office, could also be a fourth bedroom or a smaller living room/ playroom for children. There's flexibility to be had and that's one of the lovely things about a design such as this.

Sarah Homes' marketing manager Jaye Smith says the Hayborough's squarish floorplan allows the design to work on a variety of block shapes, but also means it will gain views (where available) from both the side and rear, of which the open plan living area faces. And she says its relaxed holiday style is something more people are being attracted to for their permanent home, rather than just as a holiday residence.

"In the current environment we are seeing many of our customers choosing to holiday regionally or at home for the foreseeable future, and the resulting need for entertaining spaces, both indoor and outdoor, and the ability to transition between the two has continued to be a feature of our homes that appeals to them," she says.

"The various deck spaces of the Hayborough 180 formed by the kitchen cut-out and external wall articulation, create multiple zones for enjoying your surroundings and letting the outside environment into the home." In this design, rather than the living being at back of the home, it faces the side and rear, while three bedrooms run down the other side, which, preferably, would be on the southerly aspect so the living areas could face the northerly direction and enhance sunlight in the winter months. In between the bedrooms are the bathrooms, the main separating the two minor bedrooms, while the master suite has a spacious ensuite adjacent.

While there is no real hallway separating these sleeping quarters from the living zone, a couple of smaller nooks cleverly act as buffer zones, one with linen cupboards and the other housing a smartly positioned European laundry set inside another hallway cupboard. "The European style laundry is central to the home, but tucked away from the main living spaces behind the kitchen," Jaye says.

The remainder of the home is open plan combining the dining/lounge and kitchen, and the study, which can be closed off. Meandering the walls inward and out, to create space for decks, gives this larger area different purposes: the lounge is focused around fireplace surround, the dining in the central part , and the bright kitchen in its own niche.

Pristine in white, the galley-style kitchen has an idyllic position looking out to the wraparound  deck via two sets of sliding doors, features above and under-bench cupboards on the back wall, a generous island with waterfall ends and accents of Laminex's warm-toned Honey Riven on the kickboard and lower cupboards. Essastone 's Fino Venato on the benchtop sets the tone for this very pleasant part of the home.

"It has glass sliding doors across two sides, opening it straight out on the deck for a seamless integration with the outdoor entertaining zone," Jaye says. "The veranda and decking features an outdoor kitchen and uses the back of the feature wall as a privacy screen for smaller urban blocks." The Hayborough 180 would also look good on a block with views, whether that's city, coastal or country and the wraparound deck can be configured to suit.

The 2.7m ceilings as displayed, extend the space even further and a raked ceiling reaches up toward the middle of the home. Particularly with wintertime in mind, this extra ceiling height would allow windows to be taller or placed higher up to take advantage of the lower sun. "The raked ceiling in the living/dining area opens the space and the defined entrance hallway creates a sense of arrival," she says.

"It creates space and visually opens the area, making it feel spacious and light." Jaye says the Hayborough 180 design will be perfect for families wanting defined spaces within an open plan layout. "The Hayborough 180 is a modern family home with uncluttered simplicity on the inside and considered articulation on the external walls providing interest and aesthetic appeal," she says.

For more information about the house in this story please look at the Hayborough 180. 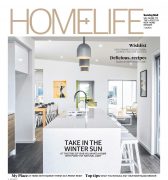 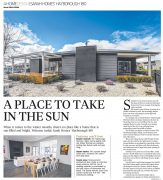 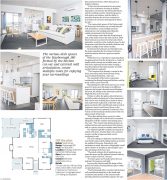